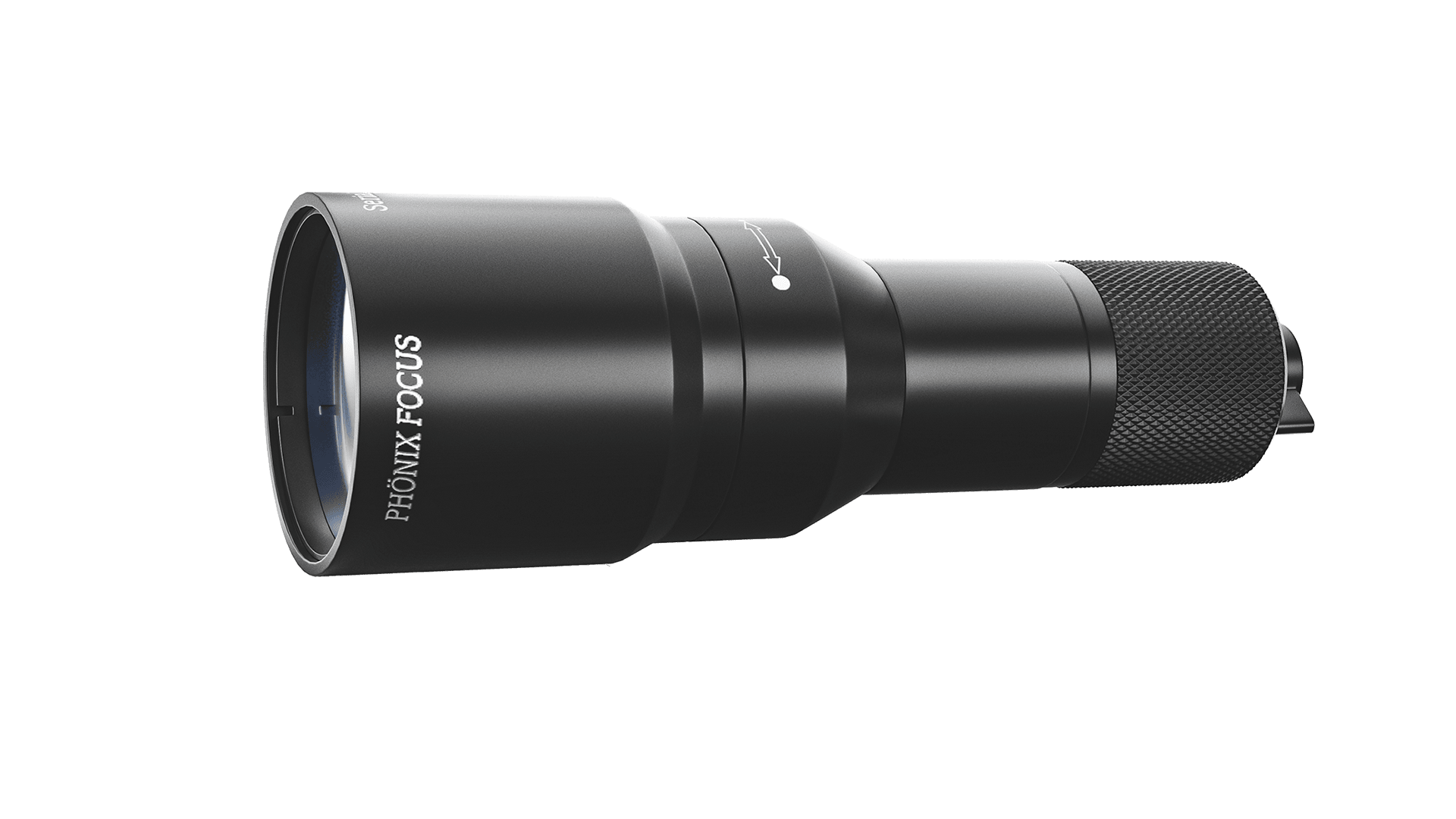 Illuminates what it promises.

The Phönix Focus is characterized by its impressive brightness and extremely low mass.

Compared to conventional IR lasers, it offers more depth of field and better image quality. Due to its continuously adjustable light circle, the PHÖNIX FOCUS can be set to large wide angles as well as to focus on objects in far distances. No matter in which mode you use it – the PHÖNIX FOCUS always convinces with an evenly illuminated light circle.

In addition to the performance values, the Phoenix Focus offers another plus point: squaring the circle. When focusing on distant objects, the round circle of light becomes a square of light, offering 4× greater illumination compared to its predecessor. This allows game to be literally backed with light at great distances – without annoying ground reflections and with a maximum of light width. In addition, compared to many other IR lamps, it is considerably less sensitive to dirt on the optics. While dirt or raindrops appear immediately in the image with other IR lamps, the Phoenix Focus remains unimpressed by this.

Multi-stage switch to control the intensity.

Conical mounting rubber for quick mounting on the scope.

Suitability for everyday use

Space-saving due to extra flat design

The Phoenix IR+ Compact was developed for use with the DJ-8 as a side solution. It connects to the eyepiece of the scope via the conical mounting rubber and works with both variable scopes and fixed magnification glass.

When used with a variable glass, the adjustable magnification can be used to increase the performance of the Phoenix IR+ to image the crosshairs with greater contrast.